WEBINAR
Art and management: "Michelangelo and Titian: leadership and teamwork"

The meeting will be available only in Italian

In this series of Webinars, we will take inspiration from the great artists of the past to address issues related to the business world.
Examples from the art world can in fact help managers to improve decision-making processes, work organization, the expansion of thought and the search for innovative solutions. In this event, Stefano Zuffi, art historian, will address the issue of compensation and professional placement. He will do so by taking the example of two great artists of Renaissance art: Michelangelo and Titian, two Masters who have been able to form and manage numerous teams, overcoming challenges and obstacles quite similar to those faced by the contemporary manager, From them, you can take ideas and ideas to better manage your team. 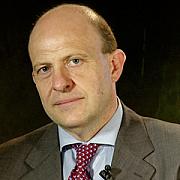 Art historian. He was editorial and scientific consultant in the publishing house Electa Mondadori (1994-2006) and now through the activity of the publishing studio, he manages art publications, as author and as editor of series. He is vice-president of the association Amici di Brera and president of the association Amici del Poldi Pezzoli. He is the curator of several exhibitions throughout Italy, among the latest "Impressionism and Avant-garde" at Palazzo Reale (Milan). He also collaborates with art and culture magazines, with radio columns and for the script of documentaries. He has published over 60 books for various publishers (Electa, Mondadori, Rusconi, Longanesi). Many of his works have been translated into several languages and have sold over two million copies worldwide. Among his latest publications: “Albrecht Dürer. Life and passions of a genius” (2018, 24 Hours and Culture), Toulouse-Lautrec. “La ville lumière” (2018, Arthemisia Books) and “Palazzo Borromeo. A Baroque casket on Bella Island.” (2018, Electa).